For premium pasture-raised, antibiotic and hormone-free pork and lamb, rely on the care and expertise of Canadian Mangalitsa Farms in Campbellford, Ontario. 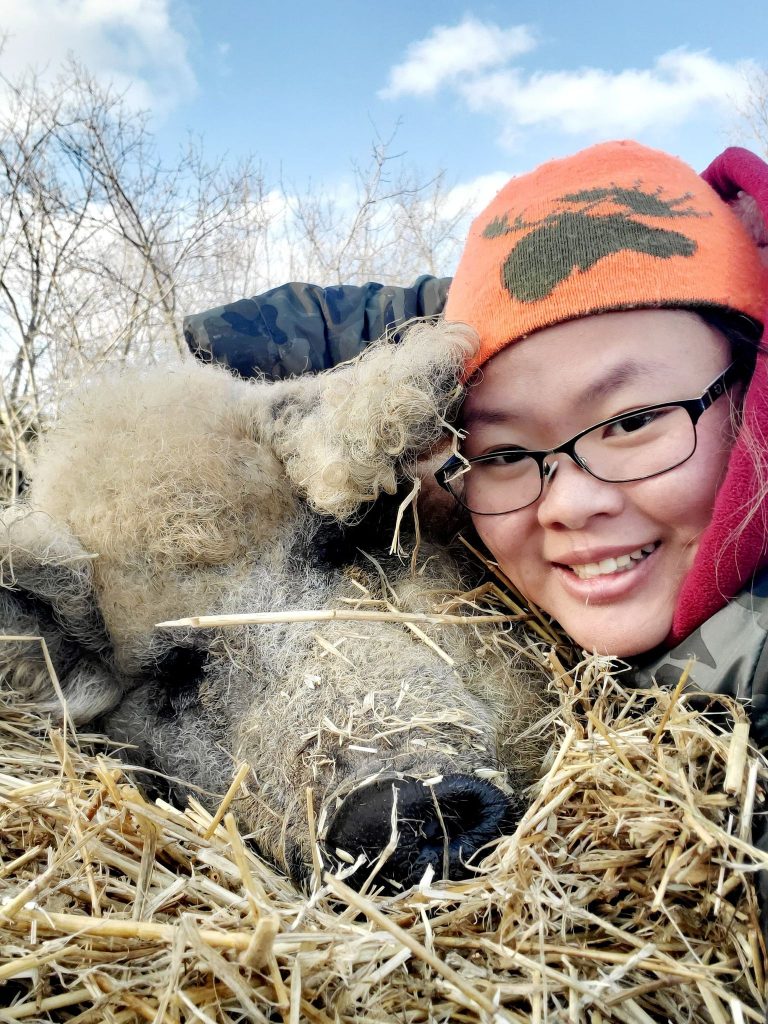 Sarah has loved all animals from a young age. Eventually, she got her degree in Equine Studies from the University of Guelph (UOG). She has always been surrounded by animals in her jobs she had as a young person. When she met her first Mangalitsa in 2016, her love affair began with this wonderful breed.

Her connections to animals started when her cousin Jen took her to meet horses at a ranch in Milton, and she was hooked – the way the horses looked, smelled, just everything about them. At home, her pets – which included cats, bearded dragons, fish, a horse, and now dogs – are what lead her to her current vocation today.

Industrious, she created a small business in middle school for dog walking. The Toronto Zoo hired her to work with the exotic animals, while her co-op in high school brought her to Southern Reflections Equestrian Centre in Caledon, Ontario.

Taking lessons in middle school and volunteering at the barn gained her the experience and knowledge to be able to buy and train her own horse at age 16.

The Performance Horse Handler Program at UOG gave her a chance to work at a co-op at W. Charlot Farms in Stratford. This farm is a high-end warmblood breeding, training and showing facility, and home to Canada’s top warmblooded stallions that have competed in the Olympics/FEI and Royal Winter Fair shows. Sarah also spent time in a co-op at Windamere Equestrian Centre in Baden, Ontario – a high-end boarding, training, lesson and show barn. She also worked at Hendrix Genetics, where she provided turkey care and egg collecting and grading for export all over the world.

Her career at HR Prospects – a top western training barn, with one of the top reining riders in Canada, Matt Hudson – gave her additional skills related to breeding, training and showing young stock at all the rated shows in the United States and Canada.

Zoltan has been around livestock his entire life. Growing up as a boy in Hungary, he began working in the agricultural industry from a young age. In the summer, the focus was more on crops. But his family always had livestock – including the Mangalitsa pigs.

Today, Zoltan is very involved in the farm with Sarah. Very early each morning, and when he returns home from his “other work” (a very busy full-time career as a successful contractor in the flooring industry) in the evening, Zoltan checks on the livestock and is on hand to assist Sarah, repair the barns, and do a lot of the heavy lifting.

Understanding Sarah’s love for animals, it was Zoltan who introduced Sarah to the Mangalitsa pigs. They travelled to Hungary together in 2016 and 2018 so that Sarah could learn more about these curly-haired wonders.

In 2020, this family bought their first Mangalitsa, named Yennifer. And from there, they decided to share amazing facts about these magnificent animals – their history and the quality of meat they can provide us – with anyone who wanted to listen. The rest is history.

Today, and more than ever, they are passionate about preserving the diversity of the Mangalitsa in Canada while working with breeders from all over North America.

In 2021, Canadian Mangalitsa Farms was accepted to go to the Royal Winter Fair to introduce the Mangalitsa breed for the very first time.

Canadian Mangalitsa Farms is a registered breeder with the Mangalitsa Breed Organization and Registry (MBOAR), which launched in 2021. Sarah has decided to have a voice in this organization.

Our focus is providing quality pork and lamb to our loyal customers.

However, in order to achieve this high level of quality, we don’t use antibiotics or hormones and provide only the highest quality feed to our free-range animals, which makes for lean and healthy meat.

We spend as much time as we can to nurture our animals, without interfering with their natural mothering instincts after birth. We care for the well-being of our animals and treat them like family! Every detail counts, including when to cut the grass in the pasture to ensure quality forage for the farm animals during summer.

Our large property provides a great environment for the animals, allowing them space to roam. This also serves our clients well when they visit our farm. 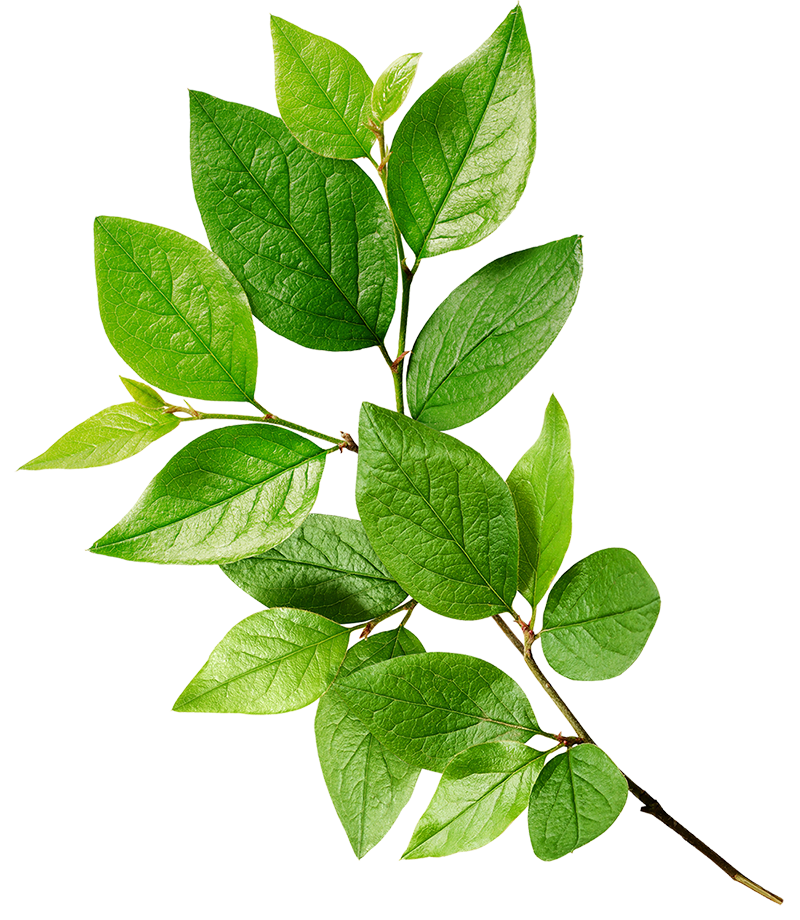 Because of the care we put into raising our animals, the quality of the meat is second to none. You won’t find this kind of marbling and tenderness from a grocery store cut, and when you buy from us you’ll be supporting a local farm in the process! The sweet lard produced can be spread straight on toast, or used in your favourite recipes as a substitute for butter. The Mangalitsa pig meat is a coveted meat and is appreciated for its tenderness and high content of good fat.

There has been much research on the fat content in pigs, and specifically Mangalitsa pigs. It is important to get the full facts. A joint study by the Banat University of Agronomical Sciences and Veterinary Medicine in Romania and the International Hellenic University in Greece found that there are, in fact, many health benefits. Read more here. 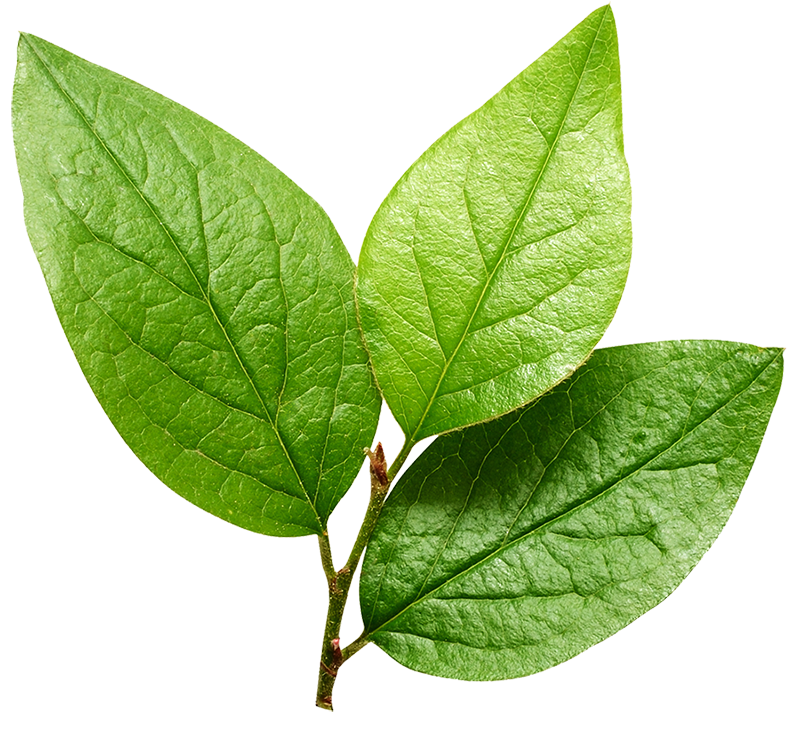 HAPPY SNOW DAY! the pigs are loving the snow ❄️ 😍 Hope everyone was safe during the little snowstorm we

The snow doesn't bother the mangalicas! Hope everyone was safe during the storm we had.

For premium pasture-raised, antibiotic- and hormone-free pork and lamb, rely on the care and expertise of Canadian Mangalitsa Farms in Campbellford, Ontario.